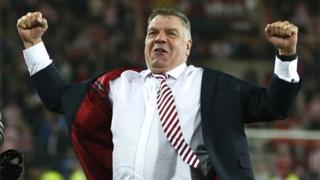 Sam Allardyce has been officially confirmed by the Football Association as the new England team manager.

Big Sam will take over from Roy Hodgson, who quit after England's shock defeat to Iceland in the 2016 Euros.

He's been the Sunderland manager for the last nine months, and against all odds managed to keep his team in the Premier League last season.

His first game in charge of the England team will be a friendly match at Wembley stadium in September.

From then on his main goal will be to get the team to the 2018 World Cup.