What's happening in the French city of Nice?

An attack took place in the French city of Nice at their National Day Celebrations.

It happened on the famous Promenade des Anglais after a firework display.

A lorry drove through a crowd of people who were celebrating.

At least 84 people have died.

The group who call themselves Islamic State have said that the attack was carried out by one of their followers. 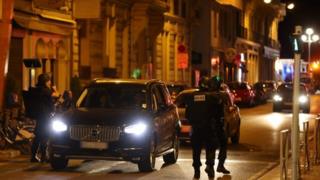 AFP
Police are now carrying out checks on vehicles in Nice

The driver of the lorry was killed by police.

The French police have stepped up their security and are investigating the attack.

Emergency services were quickly on the scene and are doing all they can to help those who have been affected.

French officials have called the attack "an act of terror."

French President Francois Hollande said "France is badly hit," adding that, "we need to do everything we can to fight against" such attacks.

No group has claimed responsibility for the attack so far.

A state of emergency had been in place after last November's attacks in Paris where 130 people died.

President Hollande has extended a state of emergency across France by three months because of this attack. 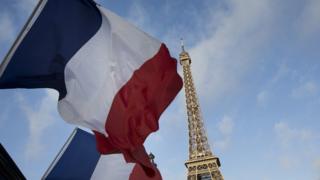 History of terror attacks in France

In January 2015, people working at the Charlie Hebdo magazine were targeted, as well as people in a Jewish supermarket.

Then in November, there were a number of attacks across France's capital city Paris.

The extremist group that calls itself Islamic State - or IS - said they had carried out those attacks but it's not yet known who's behind what happened in Nice.

Why are these attacks happening in France?

Islamic State have an extreme view of the religion of Islam which means they believe that democracies like France are their enemy.

The French military has bombed Islamic State in its bases in Iraq and Syria, and IS has said that the terror attacks in France are its revenge.