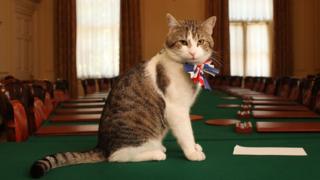 Larry the cat will get to keep his job - and home - when David Cameron quits as prime minister today.

The nine-year-old tabby cat has lived at 10 Downing Street, the official home of the British prime minister, since 2011.

And the "chief mouser" will stay when Theresa May replaces Mr Cameron as the UK government's new leader.

He was adopted from Battersea Dogs and Cats home to help scare mice and rats away from Downing Street. 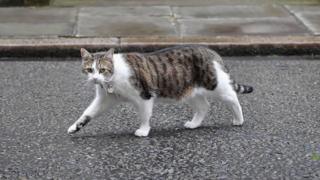 However, he seems to prefer sleeping and lounging around to catching mice!

He is well loved by lots of people, including US President Barack Obama, and he even has his own social media page.

How will Theresa May take over from David Cameron?

Theresa May will become UK Prime Minister on Wednesday

PM's cat Larry to stay at Downing Street despite mice