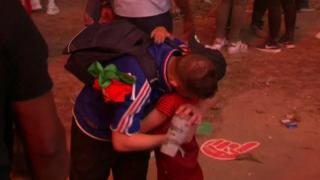 Portugal have won their first ever major tournament after shocking hosts France in the Euro 2016 final.

A superb extra-time strike from substitute Eder gave Portugal the victory against the French, who were the favourites to win.

Huge crowds of Portuguese fans were left celebrating the triumph in Paris but one young Portuguese boy took the time to hug an upset French fan after the final. 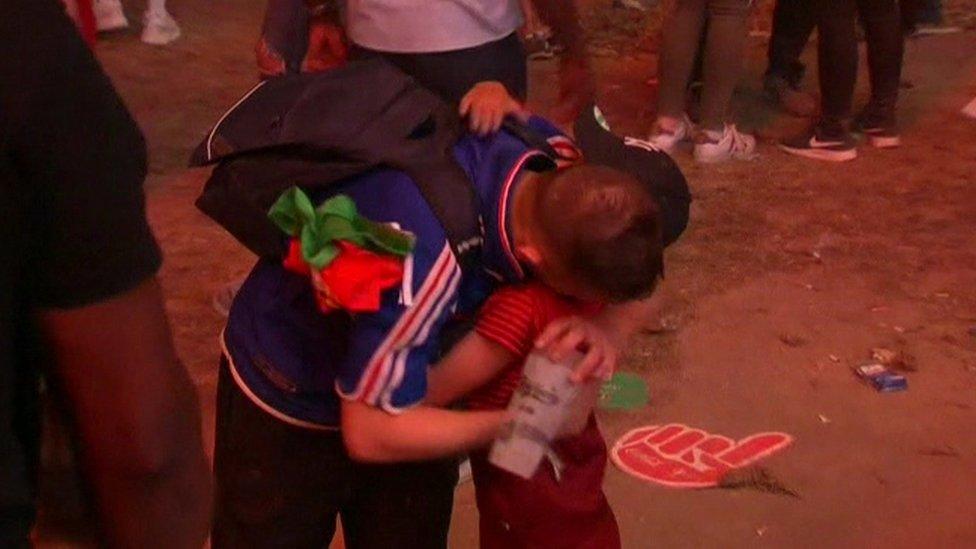