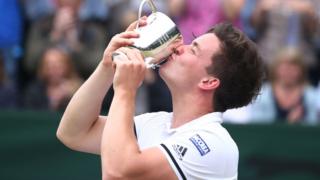 Everyone may be talking about Andy Murray at Wimbledon - but there's already a British men's singles champion.

Gordon Reid has just made Wimbledon history by winning the first ever men's wheelchair singles competition.

There's not been a wheelchair singles category until this year. 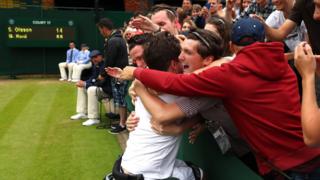 Gordon comes from Scotland and started playing tennis when he was six, with his two brothers and sister. He was a good junior player.

When he was 13, he got a condition that meant he couldn't use his legs any more. He took up wheelchair tennis the following year.

He won the wheelchair singles title in the Australian Open earlier this year, where he made friends with Andy and Jamie Murray in the locker rooms.

It isn't even his first win at Wimbledon 2016 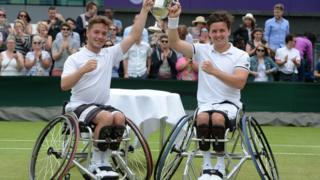 He's already won the men's wheelchair doubles competition this year with his partner Alfie Hewett. They were the first Brits to win the title.

He's now looking ahead to Rio after qualifying for the Paralympics in Brazil in September.

He wants to inspire other people 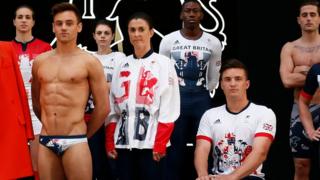 When Wimbledon kicked off, he told the BBC: "I said at the start of the week I wanted to achieve two things.

"First if there were any kids with disabilities for this to inspire them to take up the sport.

"And second was to continue to break down the barriers when it comes to disability sport, to showcase the talent in the sport."