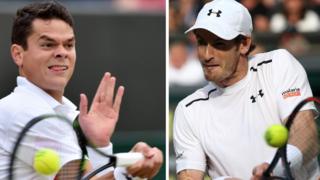 But how do the two players stack up against each other? We've been taking a look... 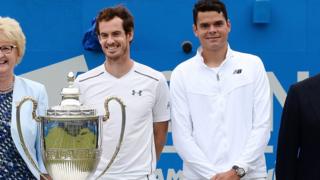 Murray and Raonic have played each other nine times before - and Murray has definitely come out on top. In fact, they last met in the Queen's Club final just before Wimbledon, where Raonic won the first set in a tie-break before Murray took the second and third sets to win the tournament.

Raonic has only won three of their previous meetings - and Murray has won the last five in a row. 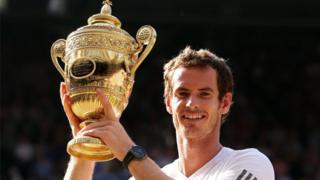 Getty Images
Andy Murray won Wimbledon in 2013, becoming the first British man to win it since Fred Perry in 1936

Murray won his first Grand Slam at the US Open in 2012 and then won Wimbledon in 2013, beating Novak Djokovic - he'll be hoping to add to that trophy cabinet today.

Raonic has yet to get a Grand Slam win - the closest he's come before today's final is as a semi-finalist at Wimbledon in 2014 and at this year's Australian Open. 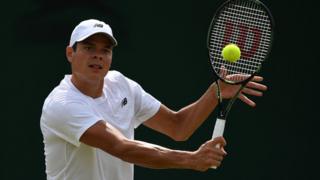 AFP
Raonic is ranked slightly lower than Murray, at seventh in the world

In May 2015 he reached number four in the world, but he's currently ranked seventh. 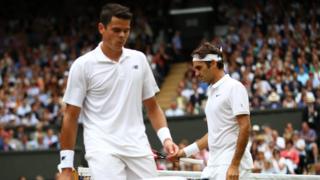 Murray played the game of his life to beat Novak Djokovic in the Wimbledon final in 2013. But since then, he hasn't managed to get his hands on the Wimbledon trophy - he'll be hoping to change that on Sunday.

Raonic has only ever got to the semi-finals before - in 2014, when he was knocked out by tennis legend Roger Federer. However, Raonic will be feeling confident after knocking out Federer in the semi-finals this year.

Jamie Murray to become world number one in doubles tennis