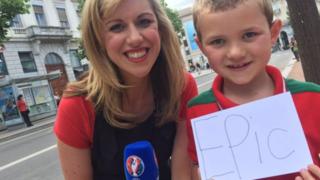 Kids at Euros sum up Wales in one word

It's the biggest night in the history of Welsh football on Wednesday, as they prepare to take on Portugal in the Euro 2016 semi-finals.

It's the country's first ever semi-final at a major tournament.

The match kicks off at 8pm (UK time) in Lyon in France, and thousands of fans are there to cheer on Wales.

Jenny's been asking fans to sum up what they think of their team in one word! 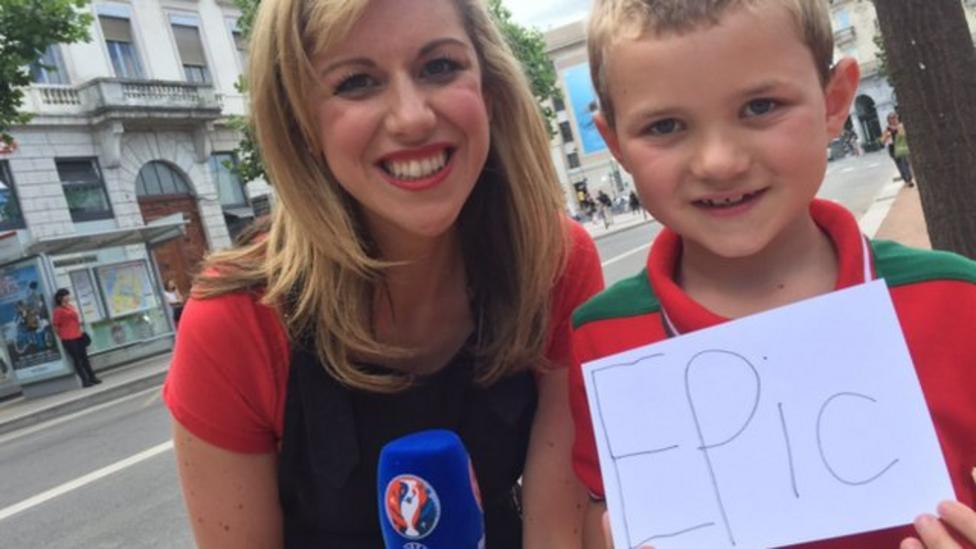 Kids at Euros sum up Wales in one word