What is the Chilcot report and what was the Iraq war?

A report looking into the UK's involvement in the Iraq war has been released.

It has found that going to war was "not the last resort" and that other, peaceful solutions could have been tried first.

Here's our guide to the Iraq war and what the report says about it.

What was the Iraq war?

In 2003, the US led an invasion of Iraq in the Middle East, backed by British troops.

They targeted the Iraqi President Saddam Hussein. The American and British leaders at the time said he was dangerous and wanted him out of power.

They also said that Iraq had weapons of mass destruction.

These are nuclear, biological and chemical weapons that can kill many people. 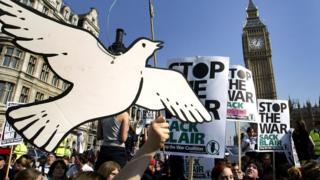 Saddam Hussein said he didn't have any such weapons. But the American and UK leaders didn't believe him.

Not everyone agreed with the decision to go to war - millions of people protested all over the UK.

But the British prime minister at the time, Tony Blair, decided to go ahead. 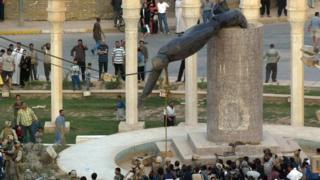 Getty Images
Iraqi people pulled down a statue of their president, Saddam Hussein

Iraq's army was defeated and Saddam Hussein was captured and executed.

But no weapons of mass destruction were found in Iraq. The mission turned into a long war lasting eight years.

The UK lost 179 servicemen and women and 4,500 American troops died. No-one knows for sure how many Iraqis died but it was many thousands.

It also left different groups in Iraq fighting each other for power.

What is the Chilcot report? 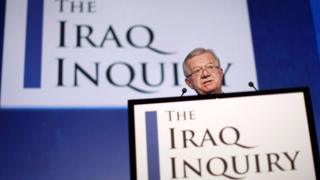 The Chilcot Inquiry is also known as the Iraq Inquiry. It was set up in 2009 by Gordon Brown, who was the UK's prime minister at the time.

He asked Sir John Chilcot to find out what happened in the run-up to the invasion of Iraq and whether the right decisions were made.

Sir John looked at lots of evidence and listened to different people talk about the decision to go to war, including the UK's former prime minister Tony Blair. 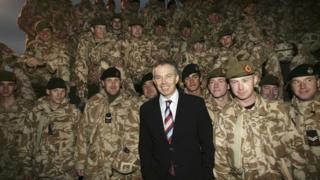 He also heard about whether UK troops had the right equipment, and what plans were made for after the UK had invaded Iraq.

He then started to write a report about what he found out and what lessons can be learned from the war.

What does the Chilcot report say? 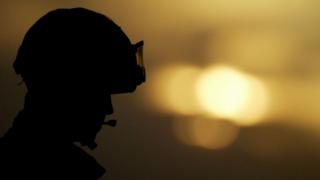 Sir John's report has said that the UK joined the Iraq invasion before trying all the ways to peacefully solve the conflict, and that the war was not the last resort at the time.

It says that the information used to decide whether to go to war was not good enough, and the threat of weapons of mass destruction in Iraq was presented as more certain than it should have been.

Sir John also says that the consequences of the UK going to war in Iraq were not thought through properly.

Tony Blair has said that his decision was made "in good faith" and that he will take "full responsibility for any mistakes".

Why did it take so long? 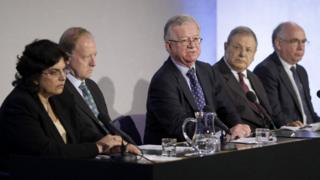 The report was delayed for lots of reasons and took seven years to be completed.

According to Sir John, the report took longer than expected because there were so many documents for his team to go through. The final report is over two million words long.

Sir John also had to make sure there was enough time for the people who were criticised in the report to have their say.

He has also said that it took a "long time" to decide with members of the government which documents could be used in the report and which ones should stay secret.