New species of swimming centipede has been discovered 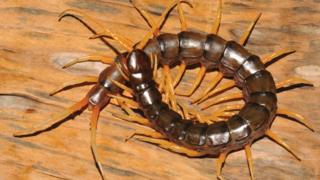 A new species of venomous centipede has been discovered in Thailand - and it can swim!

It belongs to a group of giant centipedes called Scolopendra and can grow up to 20 centimetres long.

Scientist George Beccaloni found it near a waterfall whilst on holiday in Thailand.

He said: "Wherever I go in the world, I always turn over rocks beside streams and that's where I found this centipede, which was quite a surprise." 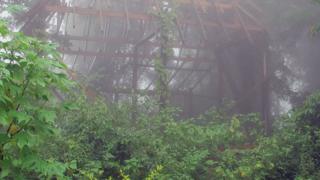 WARUT SIRIWUT
This is the type of place the centipede lives

Instead of running away on land, the centipede dived into the steam and swam away instead.

This is the first known species of centipede that can swim and dive in water.

However, at first scientists confused it with a different species of centipede, so it was forgotten about for many years.

That was until George helped two other scientists with their research on the centipede, and they realised it was a brand new species.

They named it "Scolopendra cataracta", which comes from the word waterfall.

All centipedes are venomous and a bite from this one would be very painful, but thankfully they only live in south-east Asia!

Secrets of the world's leggiest creature are revealed