A Nasa spacecraft called Juno has begun its orbit of the planet Jupiter.

Scientists held their breath as they waited to see whether Juno would make it into orbit - or whether it would just fly off and miss Jupiter completely.

Luckily, it successfully began its orbit on Tuesday.

It's part of a special mission to help scientists find out more about our biggest planet, and how the solar system began.

Juno blasted off in 2011, and will now orbit Jupiter 32 times - floating just 3,100 miles above the planet's cloud tops, for around one year.

During this time it will be gathering lots of research and feeding it back to scientists here on Earth.

There will also be three passengers on the spacecraft - these three Lego figures. They are the Roman god Jupiter, his wife Juno and the 17th century Italian astronomer Galileo Galilei.

They had to be made from aluminium rather than plastic so they could cope with the extreme conditions of going into space. 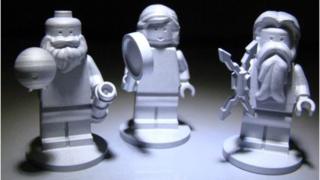 What are we hoping to learn about Jupiter? 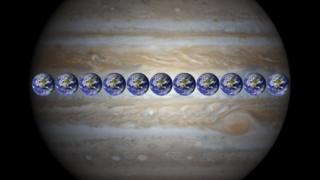 NASA/JPL
The planet Jupiter is so big, you could fit 11 Earths across it

Juno's main goal is to try to understand how Jupiter was formed and how it has changed over the years.

Scientists hope that by researching this, they will have a better idea of how other giant gas planets are created in different solar systems as well as our own.

This is because Jupiter is one of our largest planets, and it's likely it was one of the first planets in our solar system to form when a huge cloud of dust and gas collapsed more than four million years ago.

It's mostly made from two gases, hydrogen and helium, which are also present in the Sun.

So, scientists think that by studying Jupiter's atmosphere they will learn more about how our planets formed. 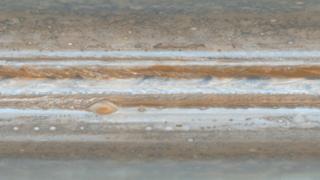 Jupiter has a very thick layer of gas and cloud surrounding it.

Scientists hope that by observing these clouds, and discovering what they are made of, monitoring their temperature, and movements, they can learn more about the planet and other gas planets.

One of the things they are hoping to find out, is how much water and ammonia is in Jupiter's atmosphere. 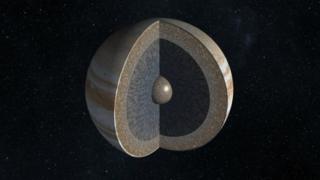 Does it have a core?

Researchers are hoping to find out whether or not Jupiter has a solid core in the middle of the planet.

As it is covered in a thick layer of gas, it has been very hard for scientists to learn more about its structure in the past.

However, Juno is equipped with some pretty special gadgets which they are hoping will reveal the secrets of Jupiter's centre.

It will help to research Jupiter's gravitational and magnetic fields, to help figure out how big its core is, or if it even has one!