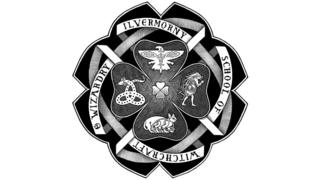 Author JK Rowling has revealed the name of the wizarding school from the new Harry Potter spin-off film Fantastic Beasts and Where to Find Them.

The magical school is based in America and is called Ilvermorny; it's where some of the main characters in the new film are from.

JK Rowling has revealed that the school is quite similar to Hogwarts, the British wizarding school, but with a few differences.

Ilvermorny has four houses, which are represented by four magical creatures: the Horned Serpent, the Pukwudgie, the Thunderbird and the Wampus. 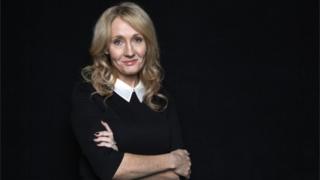 Invision via Associated Press
JK Rowling wrote the Harry Potter spin off book 'Fantastic Beasts and Where to Find Them', which lists lots of different magical creatures.

In an article about the 'History' of the school, JK Rowling says that some people think that Horned Serpent favours scholars, Wampus - warriors, Pukwudgie -healers and Thunderbird - adventurers.

Instead of a Sorting Hat, students at the school are chosen by giant statues of the creatures from each house, which magically come to life.

Another major difference between Hogwarts and Ilvermorny is the strict rules about wands.

JK Rowling says that until 1965, young wizards and witches weren't allowed a wand until they arrived at school, and all wands had to be left at the school during school holidays.

Main character cast in Fantastic Beasts and Where to Find Them