It's a tiny island nation, with a population about the same size as the city of Leicester, but their football team have victoriously kicked England out of the Euros.

So here are six things you might not know about Iceland...

1. In summer the Sun barely sets 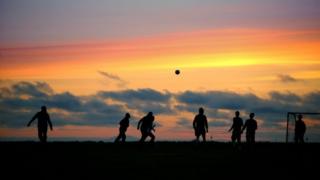 Arctic-Images / Alamy
During the summer, Icelanders can play football under a "midnight Sun"

Iceland is so far north, that from mid-May to mid-August, the Sun only sets for about three hours per day, so Icelanders go to sleep while it's still light.

Even during the three hours of "night" it's not fully dark.

During winter it's the opposite - it's completely dark apart from five hours each day, so it feels like the night-time almost all day long. 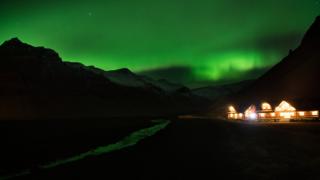 But the long winter nights aren't all bad - they're the best time to spot the lights of the aurora borealis.

2. The national sport is handball 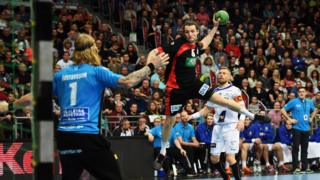 There's no denying they're doing pretty well at football in the Euros, but in Iceland handball is actually a more popular sport.

It's quite a lot like football, except with throwing and catching instead of kicking. Each team tries to throw the ball into the other team's goal.

The Icelandic handball team is one of the best in the world. They took silver in the Beijing Olympics, but missed out on a medal at London 2012.

3. The arctic fox is Iceland's only native mammal 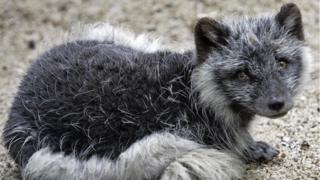 The arctic fox is the only species of land mammal that has always lived in Iceland.

Other mammals, such as reindeer and horses, have been brought in by people.

Polar bears have also made their way to the island naturally over the centuries. 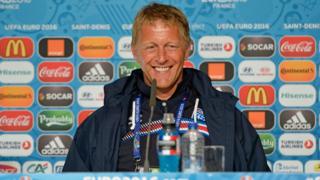 He might be manager for the national football team, but that doesn't mean Heimir Hallgrímsson doesn't have time for a second job.

He jointly manages the football team with Lars Lagerbäck, and spends the rest of his time looking after people's teeth as a dentist.

5. Iceland is one of the most volcanic places on Earth 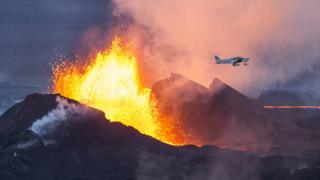 The country has between 150-200 volcanoes, including 35 that are still active.

In 2010, the Eyjafjallajökull volcano erupted and created such a big ash cloud that airplanes couldn't fly in Europe for weeks. 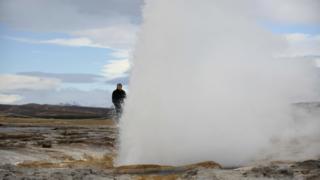 Iceland is also home to some of the most famous geysers in the world, where volcanic activity sends massive jets of water into the air.

6. It's one of the happiest countries in the world! 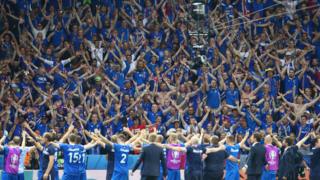 That's according to the 2016 World Happiness Report, which compared 158 countries, looking at things like people's health, family lives and jobs to measure how happy they were.

Iceland came third, just behind Denmark and Switzerland - no wonder they have so much to smile about!

Pictures: Iceland eruption seen from above