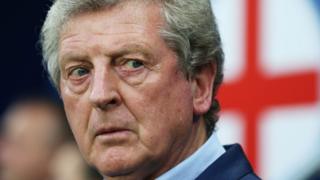 Roy Hodgson has resigned as England manager after his team lost 2-1 to Iceland and were knocked out of Euro 2016.

England's loss to Iceland will go down as one of the biggest shocks in international football in recent times.

Iceland has a population of just 330,000 and are among the lowest-ranked teams in the tournament at 34 in the world.

"I'm sorry it will have to end this way but these things happen," Hodgson said.

"I hope you will still be able to see an England team in a final of a major tournament soon.

"Now is the time for someone else to oversee the progress of a hungry and extremely talented group of players. They have done fantastically, and done everything asked of them." 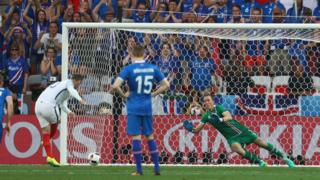 Hodgson had been in charge of the side for four years and replaced Italian manager Fabio Capello, but has won just three of 11 games in major tournament finals. 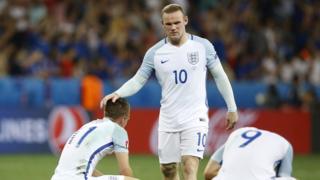 In a statement released after Hodgson stepped down, the FA said: "Like the nation, we are disappointed to lose this evening and that our run in Euro 2016 has come to a premature end.

"We had high hopes of progressing through to the latter stages of the competition and accept that we have not met our own expectations or those of the country.

"We back Roy Hodgson's decision to step down as England manager and will discuss next steps imminently."