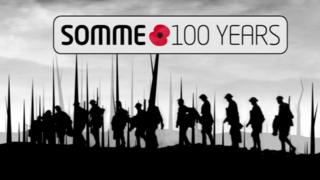 Thousands of men then climbed on to what was known as no man's land.

This was the first day of the Somme - one of the deadliest battles of World War One.

Thousands of soldiers died in a very short amount of time.

In total, more than one million soldiers were killed or wounded on both sides of the fight.

The people in charge said that the battle had to happen to win the war, but even now people can't agree on whether it was the right decision or a huge mistake.

Why did the battle take place?

The war was fought between two powerful groups - the Allied Powers, which Britain and France were part of, and the Central Powers, led by Germany with Austria-Hungary.

A lot of the fighting took place along the Western Front where the soldiers had dug out special ditches called trenches.

The two sets of trenches faced each other across an area called no man's land.

The soldiers lived in the trenches and mounted attacks using things like rifles, machine guns and poison gas.

The aim of the Allied attacks were to break through the enemy's trenches and push the German Army back towards the centre of Europe.

Breaking through the trenches wasn't easy.

So the British and French planned a really big attack that became known as the Battle of the Somme.

What happened in the Battle of the Somme?

To weaken the German defences, the Allied forces fired shells from artillery guns. The shelling, called a bombardment, went on for a whole week. 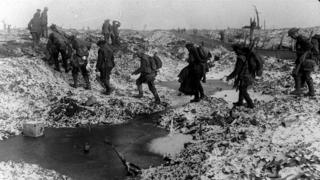 When it had finished, the British and French soldiers came out of their trenches and headed towards the German lines.

They weren't expecting much of a fight because everyone thought that the shells would have killed the German soldiers.

But there was a problem. When the shelling started the Germans hid in special shelters called dug-outs.

They waited underground for a week and when the shelling finished they came out and fired machine guns at the advancing Allied troops. 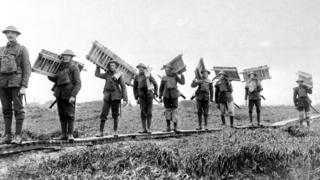 The British troops were caught in no man's land and couldn't hide from the German bullets.

Many soldiers lost their lives.

How long did it last?

Because it's called a battle you might imagine that it all happened in a few days, but it actually went on for months and finally finished in November 1916.

Who were the soldiers?

The battle was between the German Army on one side and the British and French on the other.

The German Army was thought to be a better fighting force because more of its soldiers had been given full training. They were mostly professional soldiers and trained reservists.

The British Army also had professional soldiers but it was mostly made up of volunteers.

It was the start of the war so the soldiers who died were those who had been first to volunteer.

The British often fought in groups nicknamed Pals Battalions, where everyone in the battalion came from the same towns and villages. 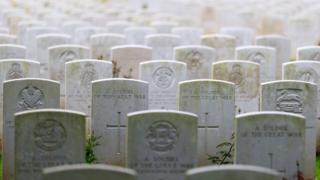 PA
These gravestones commemorate the Somme soldiers who died in WW1

How many people were killed?

More than one million soldiers were killed or wounded in the Battle of the Somme.

On the first day of the battle, nearly 20,000 British soldiers were killed, another 40,000 were injured. This was the biggest single loss of life in the history of the British Army.

The fighting continued over the next five months and by the end of the battle about 420,000 British soldiers had died.

Was the battle a failure?

The British and French troops made only a small advance into the German-held areas.

Because of this, many people saw it as a failure and thought that General Haig, who was in charge of the British Army, had not done a good job.

Most people who study this part of history do agree that the Battle of the Somme drained the German Army and this was an important first step towards the Allied victory in 1918.

Where is the Somme?

The Somme is a river in northern France and the fighting was along a 40km line north and south of the river, between Serre and Curlu.