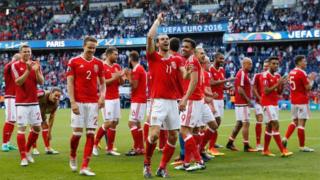 Wales have booked themselves a place in the quarter-finals after a win against Northern Ireland.

Wales were on the attack from the start, but a goal from Aaron Ramsey was disallowed after the referee said it was offside.

But an own goal from Northern Ireland's Gareth McAuley made the final score 1 - 0 to Wales.

Both sides were playing their first ever match in the knockout stages of a major tournament since 1958. 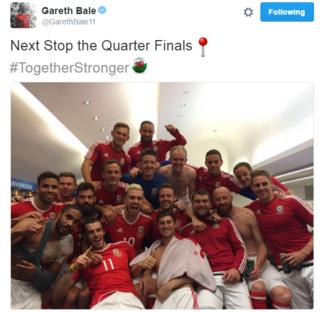 Wales manager Chris Coleman sais: "We showed a lot of heart, a lot of courage and showed another side to our game.

"We came through it and it is a fantastic achievement - it feels brilliant."

However, Northern Ireland manager Michael O'Neill said the loss was "devastating" for his team: "I couldn't ask anything more of the players throughout the tournament."

This win now means that Wales will face Belgium in the last eight in Lille on Friday.