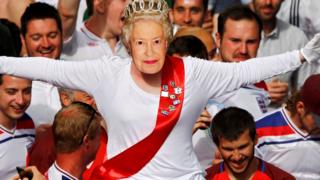 Reuters
Her Majesty enjoying the atmosphere - but maybe it's a mask?

Wales and England have both made it through to the knockout stages of the European Championships after their final Group B games on Monday night. 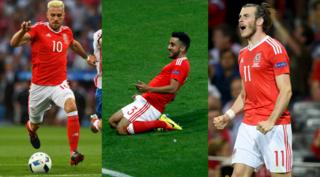 It was one of the greatest nights in Welsh football history - they beat Russia 3-0 to go top of group B, ahead of England.

Gareth Bale sealed the victory in the second half. 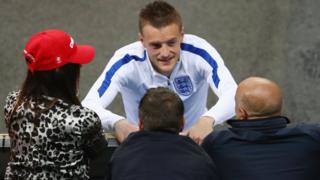 Getty Images
Jamie Vardy talking with his family after the match

It wasn't quite as glorious for England. They were held to a surprise 0-0 draw with Slovakia.

They still qualified for the knockout stages, but in second place in their group behind Wales.

But England couldn't break through the tough Slovakian defence to score. 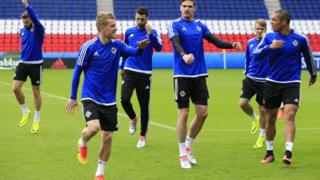 All eyes are on Northern Ireland now to see if they can make it through to the final 16.

It would mean all three home nations in the Euros getting into the knockout stage of the championship.

Northern Ireland can be sure to progress if they defeat Germany in their final Group C game in Paris on Tuesday night.

If they do, it'll be their first time in the knockout stages of a major tournament in 34 years.