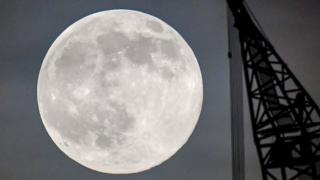 Stargazers could catch a glimpse of a strawberry moon on Monday night if the clouds give way.

It's extra special as this is the first strawberry moon in almost 50 years to happen at the same time as the summer solstice.

The low angle of the moon at this time of year means its light must go through thicker, warmer air - which can lead to an amber glow.

It hasn't happened at the same time as the longest day of the year since 1967.

What is the summer solstice? 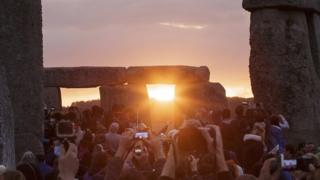 The summer solstice is the longest day of the year. It's named after the Latin word "solstitium", which means "sun standing still".

It means that from Monday onwards, the hours of sunlight are going to start getting less and less.

The shortest day of the year, also known as the winter solstice, falls on 21 December this year.

The scientists exploring the south pole of the Moon