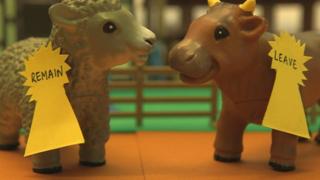 EU and farming explained with toys

This week adults across the country will vote on whether the UK should stay in or leave the European Union.

The decision could affect many areas of everyday life, such as farming - as Baa-rry the sheep and Moo-reen the cow explain.

There's an agreement called the Common Agricultural Policy (CAP) between the EU and farmers.

It makes sure there's a stable amount of food and it pays farmers money, known as subsidies.

The European Union spends around £42 billion on agriculture a year, with £3.2 billion of this coming from the UK.

People who want the UK to leave the EU think this is too much, and the money saved by leaving could be spread around other areas.

Those who want to stay are worried that farmers might lose out on the cash if we left. 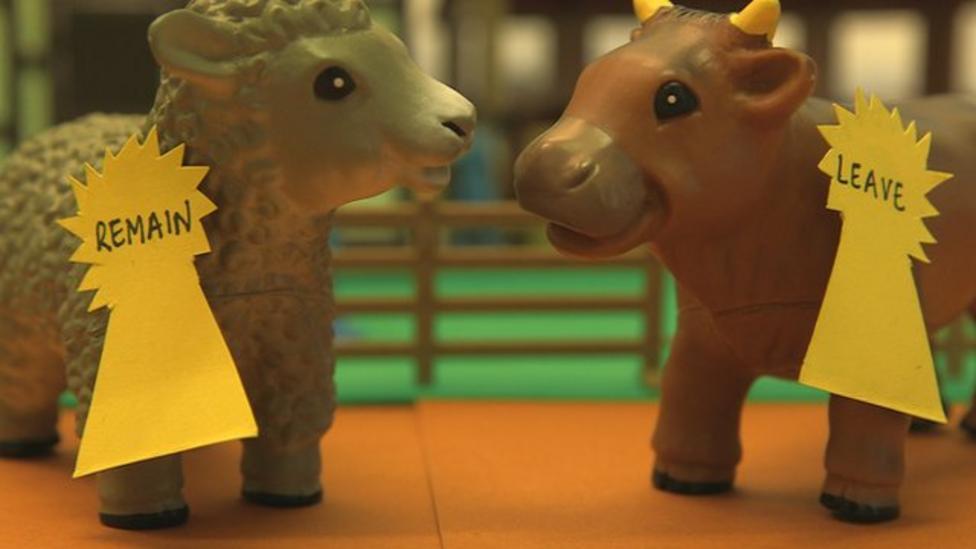 EU and farming explained with toys