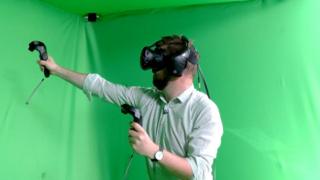 You might be used to gaming at home on your own personal console, but playing computer games used to be very different.

Now, companies are hoping that virtual reality experiences will get gamers out of their bedrooms and back into arcades.

In the 1970s and 1980s, people couldn't afford to buy the technology for their own homes, so they used to go out to venues called arcades, to play on games machines like Pac-Man, and Space Invaders.

Arcades were a big part of life for gamers, and lots of people think they had a better atmosphere and were more social than playing at home. 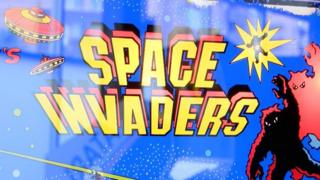 But when technology got better and cheaper, people bought games to play at home instead, and arcades almost completely disappeared.

Now, some people are hoping that arcades could return as a place where people can experience the virtual reality games that are too expensive to buy. 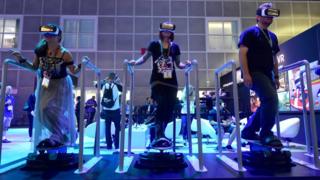 AFP
VR games can't see the world around them when they're playing, so you'd run the risk of bumping into things at home!

The headsets and other equipment that you need for the most exciting VR games can cost hundreds or even thousands of pounds.

The best games normally need a lot of space as well, as players need to be able to move around, and even have their movement monitored by sensors. 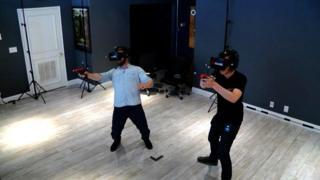 So could this be the dawn of a new age of the arcade?