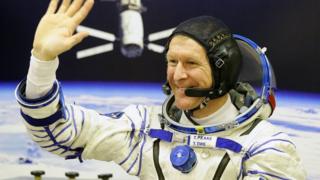 Major Tim Peake is preparing for his return to planet Earth this weekend.

It's been six months since Britain's first official astronaut blasted off to the International Space Station.

He's been a busy man. Here are some of the firsts and records he's achieved while he's been up there...

Tim set the world record for the fastest marathon in space - 3 hours, 35 minutes and 21 seconds.

He ran the London Marathon in April, at the same time as runners on Earth, but on a treadmill aboard the ISS.

Take a look at the training and special equipment he needed to make it possible...

2. First British astronaut to do a spacewalk

Tim says his spacewalk outside the ISS is his finest moment from his time in space.

As well as a chance to take a great selfie, Tim had to complete the spacewalk to carry out repairs to the space station - 250 miles above the Earth!

3. First person to deliver a 'God save the Queen' message directly to the monarch from space

Tim sent a one-minute message to the Queen in a video link live from the International Space Station.

He thanked the Queen (after she sent him her own good wishes) and said he hoped his journey would help make the world a better place.

4. First person to be named in the Queen's Birthday Honours while in space

Perhaps his message of thanks to the Queen got him into her good books, because she is making him a Companion of the Order of St Michael and St George (CMG) for services to space research and scientific education.

Whilst others who were honoured by the Queen found out on Earth, Tim heard the news while he was up in space! 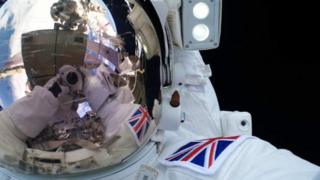 5. First space test pilot of a robot that could one day explore Mars

Tim Peake completed a tricky mission while in space - he had to operate a rover that was back here on Earth!

His task was to get the robot across a sandpit, made to be like the surface of Mars, and into a cave to look for targets.

It was all part of a European Space Agency project that aims to learn how astronauts can control equipment remotely.

The plan is for astronauts to do this when rovers are sent to Mars in the future.