The Queen: Why does she have two birthdays? 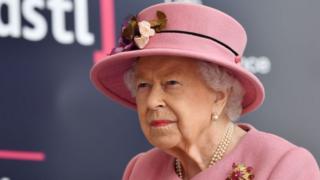 It is the Queen's birthday celebration on Saturday 12 June - but she also has another one earlier in the year.

Then a second one - the official celebration - on the second Saturday of June.

So why does the Queen have two birthdays, and how does she celebrate them?

More stories about the Queen

New pictures of the Queen as a child

Why not on the actual day? 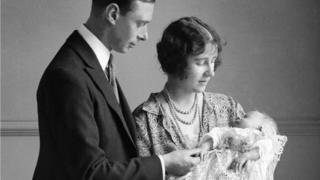 PA
Here is The Queen as a baby being held by her mum and dad, then known as the Duke and Duchess of York, in a photo taken on 1 May 1926

In the past, official celebrations to mark a King or Queen's birthday in the UK have been held on a day that isn't their actual birthday.

The Queen's great-grandfather, Edward VII, who was King from 1901 to 1910 was born in November, which is not known in the UK for its good weather. 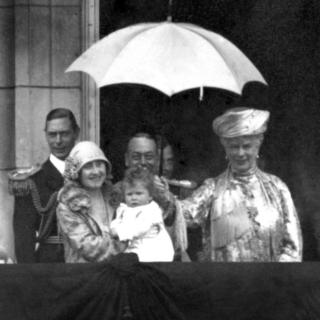 PA
Here is the Queen as a baby being introduced to the world on the balcony of Buckingham Palace, alongside her parents and her grandparents

But he wanted it to be possible to have a big public celebration - and November wasn't the time do it.

So, given that his actual birthday wouldn't be a good time of year for a birthday parade, he decided to combine it with an annual military parade in the summer, when the weather would hopefully be nice.

How does she mark her birthdays? 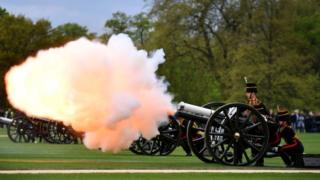 The Queen usually spends her actual birthday with her family.

There is usually a 41-gun salute in Hyde Park, a 21-gun salute in Windsor Great Park and a 62-gun salute at the Tower of London on 21 April but they were cancelled this year because of the coronavirus pandemic.

The Queen and the Royal Family were still in mourning following the death of Prince Philip, aged 99, so celebrations were private.

The Trooping the Colour parade marks her official birthday and usually takes place in June, but that has also been cancelled this year.

Following consultation with Government and other relevant parties it has been agreed that The Queen's Official Birthday Parade, also known as Trooping the Colour, will not go ahead this year in its traditional form in central London. Options for an alternative Parade, in the quadrangle at Windsor Castle, are being considered. 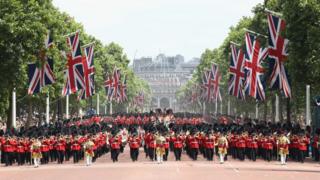 Getty Images
The Trooping the Colour parade is quite a spectacle!

Trooping the Colour has marked the official birthday of the British monarch for more than 260 years.

It's also known as The Queen's Birthday Parade.

More than 1400 soldiers, 200 horses and 400 musicians usually take part in the event, so it's quite a spectacle!

Lots of members of the public waving flags and wearing Union Jacks normally fill the Mall outside Buckingham Palace to watch it. 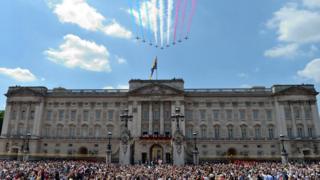 Getty Images
For many people, watching the RAF Red Arrows fly down the Mall and over the top of Buckingham Palace is a highlight of the celebrations

On the day, normally a big parade starts at the Queen's official residence - Buckingham Palace - before moving along the Mall to Horse Guards Parade at Whitehall, near to Downing Street, and then back again.

Then it's traditional for the royal family to travel down the Mall as part of the ceremony, and gather on Buckingham Palace's balcony to greet well-wishers and watch RAF planes perform an aerial display for the occasion.

What will happen this year? 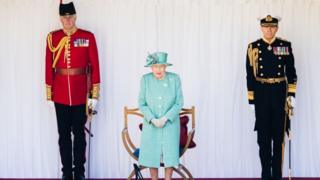 In 2021 however, the celebration will look similar to last year's scaled down Trooping the Colour with the notable difference that, after Prince Philip's death, the Queen will be accompanied by her cousin, the Duke of Kent.

There will still be a parade to accompany the Queen to Horse Guards and Her Majesty will be greeted by Royal Salutes, and the National Anthem.

This year, the parade will also be "formed by soldiers who have played an integral role in the NHS COVID-19 response, as well as those who have been serving on military operations overseas."

There will also be a 41 Gun Royal Salute at Windsor Castle.

Trooping the Colour: What is it and why do the Royal Family attend?