Andy Murray makes it through to French Open final 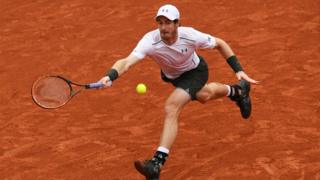 He is the first British man to reach this tennis final since 1937.