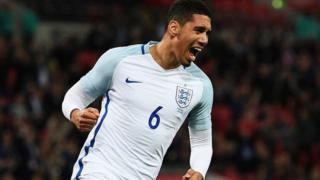 England have ended their preparations for Euro 2016 with a narrow win over Portugal.

Portugal's Bruno Alves was given a red card in the first half after a very high challenge on Harry Kane in the 35th minute. 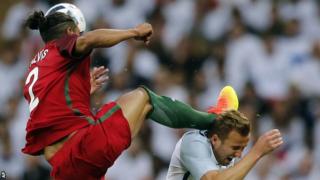 England got the winner late on when Raheem Sterling's cross was headed in by Chris Smalling.

The team can now focus on their Euro 2016 opener against Russia in Marseille on 11 June.

Euro 2016: Why should Scotland fans support your team?