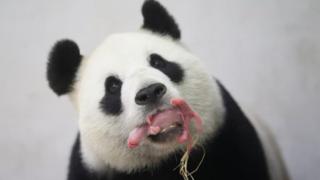 Hao Hao, a giant panda from China, has given birth to a tiny male cub at a zoo in Belgium.

Staff at the Pairi Daiza wildlife park called it a "true miracle" because pandas struggle to reproduce in captivity.

There are fewer than 2,000 pandas alive in the wild, but numbers have increased in the last 10 years.

Hao Hao, whose name means "kindly", scooped up her baby and held it in her jaws to protect and clean it.

The cub was described as "a little pink sausage" and let out a cute squeal immediately after birth.

The little panda weighs just 171g (6oz) and has yet to be given a name. 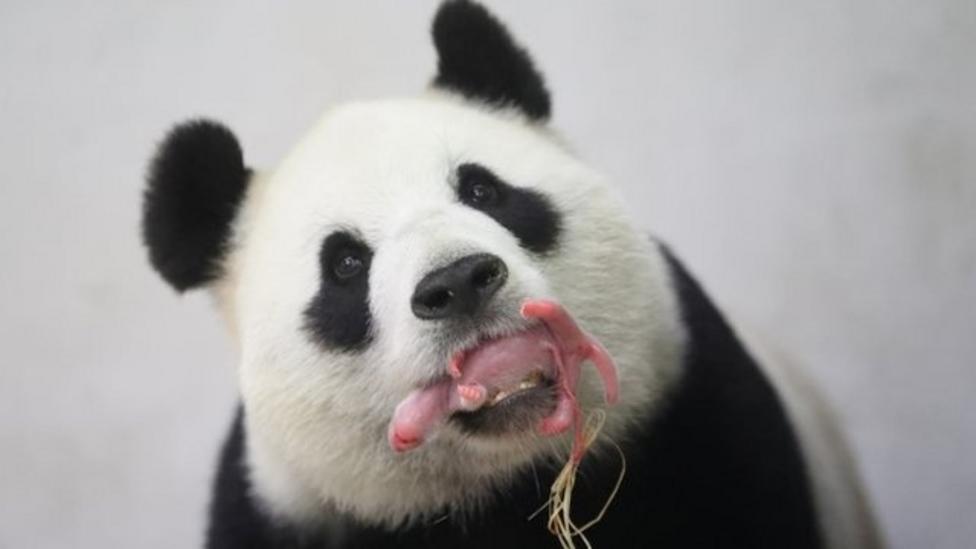