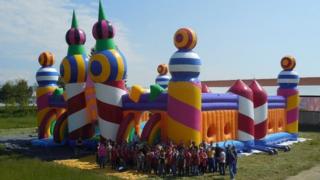 A bouncy castle, which is claimed to be the largest in the world, has been unveiled at a music festival.

The giant castle has been inflated in Southampton and will be used at other festivals throughout the summer.

It's even claimed to be taller than the Great Wall of China.

Guinness World Records is yet to verify the record. 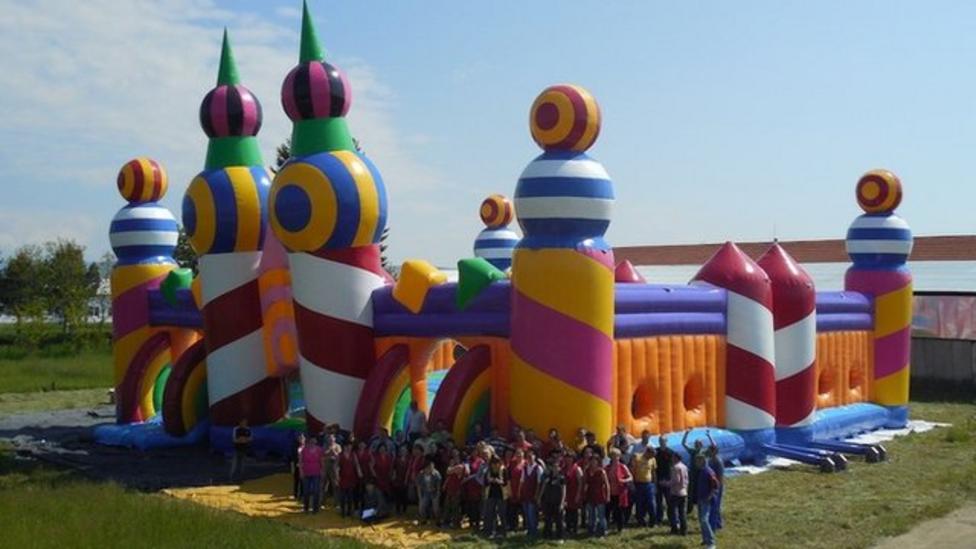