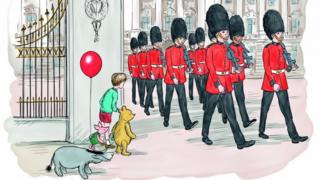 The Queen isn't the only one celebrating her 90th birthday this year, so is the famous bear Winnie-the-Pooh.

To mark the occasion, a new story is being released, called 'Winnie-the-Pooh and the Royal Birthday'.

In the story Piglet, Pooh, Christopher Robin, and Eeyore all decide to go on an adventure to Buckingham Palace. 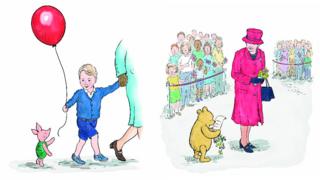 Disney/PA
Piglet and Pooh meet some of the Royal family.

Along the way they meet Prince George, and Pooh even manages to bump into the Queen, and hums her a special birthday tune.

Winnie-the-Pooh was first published in 1926, and apparently the Queen was a big fan when she was a child.