500 Words: Refugee is Word of the Year say experts 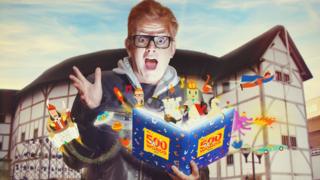 Refugee has been announced as Children's Word of the Year after appearing in hundreds of short stories written by young people.

Refugee was picked because it appeared in so many of the children's stories.

Lots of children wrote stories imagining what it would be like to be a refugee.

Researchers were impressed with the way that children showed understanding of the word and also the situation many refugees are facing.

Star Wars, Shakespeare, Tim Peake and social media were some of the other most common themes.

Angelina's kids give her toys for refugees