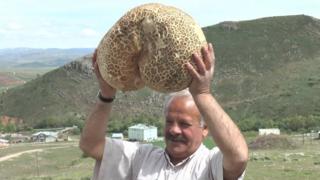 The mushroom big enough to feed a village

A gigantic mushroom has been found by a farmer in Turkey.

The mushroom weighs in at a whopping eight kilograms, and is the biggest one found in that region.

It's so big that the farmer who discovered it initially thought it was a rock!

The farmer said he would probably treat all the nearby villagers to a nice bit of mushroom dinner - yum yum! 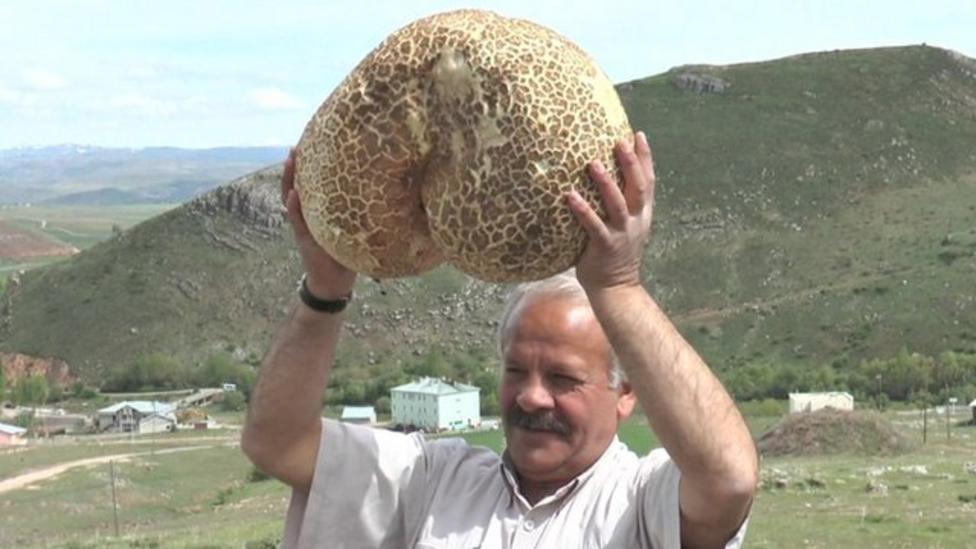 The mushroom big enough to feed a village