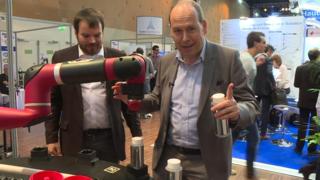 The robots working together with humans

They can go into space, build things and even give us directions, but now they are working together with humans. We're talking about robots!

A robot called the Cobot has been shown off at the biggest robotics show in Europe.

People are getting excited about it because the Cobot has been designed to work with humans, instead of replacing them.

BBC reporter Rory Cellan-Jones has been getting hands on with the robot to teach it some new tricks... 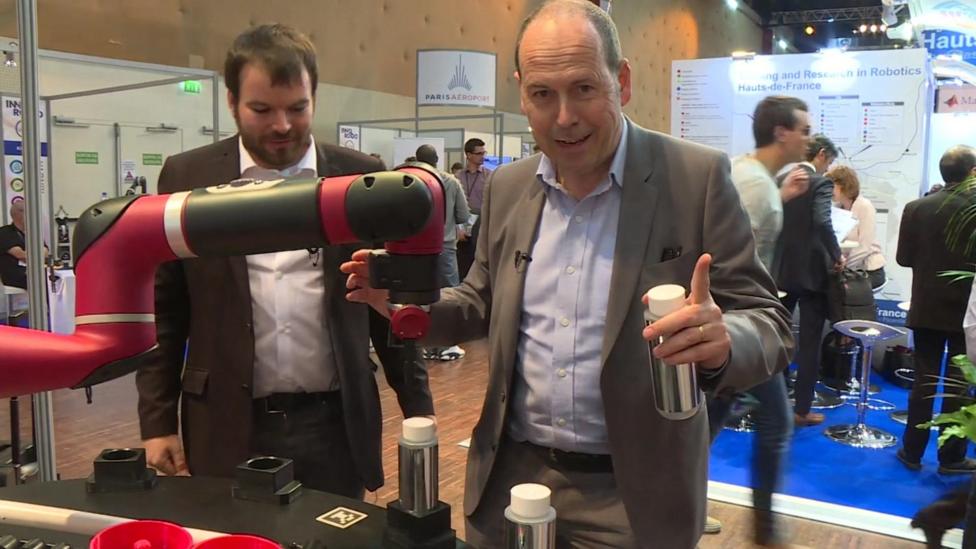 The robots working together with humans