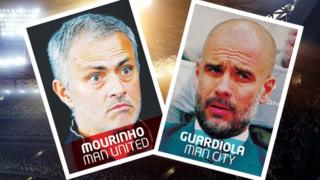 The pair are coming to Manchester to take charge at two of the world's most famous clubs next season.

Pep was announced as Man City manager in February, while Jose is to take the top job at Manchester United after Louis van Gaal's sacking.

Let's look at why footy fans can't wait for the summer.

Who's Jose? Portuguese, former Chelsea boss who has won the Premier League three times with the London club.

Who's Pep? Spanish, current Bayern Munich manager, has spent most of his career as a player, and then manager, at Barcelona. 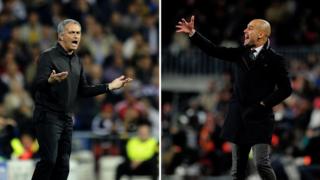 Both men are famed for being fiercely competitive, as well as super stylish.

Jose's known for his passion and entertaining humour - calling himself the "Special One".

Pep, on the other hand, is known for being cool, calm and collected. 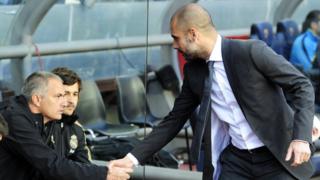 The pair first met at Barcelona more than 20 years ago - when Guardiola was a player and Mourinho worked there.

They later became coaching arch rivals in Spain's La Liga - Pep managed Barca between 2008 and 2012, whilst Jose was the top boss at Real Madrid between 2010 and 2013.

Both of their trophy cabinets are pretty full... 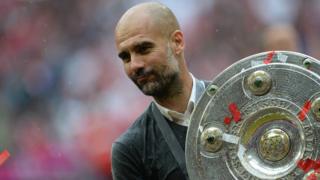 Mourinho has gone one better. He has seven league titles to his name - with Chelsea, Real Madrid, Inter Milan and Porto. 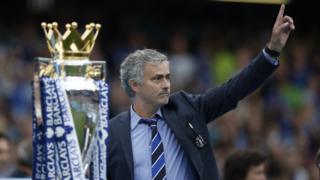 When it comes to the Champions League, they've both won twice.

Guardiola won with Barcelona in 2009 and 2011. But he missed out in 2010 because of Mourinho, when his side Inter Milan beat Barca in the semi-finals. Ouch.

Mourinho also won the Champions League back in 2004 with underdogs Porto, who actually beat Man United in the quarter-finals.

What people say about them

"Whatever team he goes to he will be successful. For me, it's almost a certainty."

"He has always been a leader. Even when he was playing... as a kid, he was the one orchestrating things, taking the lead."

Pep's dad on his son

"The fans at Man United demand entertaining football and I'm sure Mourinho will come and try and give it."

"Mourinho is one of those people who knows how to beat Guardiola's tactics."