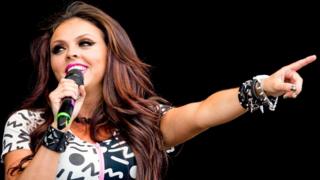 Little Mix's Jesy Nelson has pulled out of a gig after injuring her ankle during a show in Malaysia.

She apparently tore a ligament during a dance routine for their show in Kuala Lumpur and had to leave the stage halfway through the set, but the show went on without her.

The singer posted a picture of her swollen foot online, saying: "It's always me so so gutted I couldn't perform for the last part of the KL show tonight!

"Torn the ligaments in my ankle but resting up for the Singapore show on Monday... Just maybe no dancing for me."

In April the group had to call off two gigs in Belfast because she was unwell.