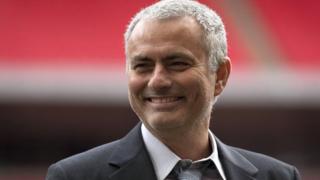 It's believed Manchester United are set to appoint Jose Mourinho as their new manager.

United failed to qualify for the Champions League under Louis van Gaal, so there'll be a lot of pressure on the top job.

Mourinho has been out of work since he was sacked by Chelsea in December.

I don't think he would be a good manager for Man United because he wouldn't fit with the team.

I think Jose Mourinho shouldn't be manager of Manchester United because he has all ready been sacked once and shouldn't get another chance.

I don't think Mourinho is the right man for the job as he is through and through Chelsea.

I think that Jose Mourinho will be a great manager for Man Utd because he will win some trophies for them.

I think Man Utd (my favourite team) will do worse with Mourinho as he has been sacked before from Chelsea.

I think the manager they have already got would do it because he helped them win the FA cup.

This chat page is now closed. Thank you for all of your comments.