Meet the "RoboBee", a tiny robot which can fly, and perch on the ceiling like a real-life insect!

It was designed by scientists from Harvard Microbotics Laboratory and is about the same size as a ten pence coin.

The robots are special because they use something called 'electrostatic adhesion' to perch on the ceiling.

That's the same thing that happens when you rub a balloon on your jumper and it sticks to walls. 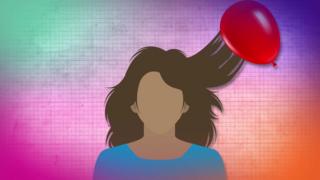 Perching on things allows the robots to save their energy on longer journeys.

Scientists think these robots could be used to help search and rescue teams get to hard to reach places after a natural disaster.

This got us thinking about some of the other incredible animal-inspired robots we've met on Newsround...

Scientists are turning to the animal world for inspiration for their latest robot designs.

We sent Ricky to check out some of those robots that have been made with a helping hand from the animal kingdom.

He discovered robots which have been inspired by ants, bulls, cheetahs and even fleas!

These tiny robots can carry up to 2,000 times their own body weight, that's the same amount of power as a human pulling along a blue whale!

The scientists from Stanford University who invented them, were inspired by the way that certain animals move.

They looked at the way a gecko's feet allow it to stick to surfaces, and how an ant's feet can help it to carry up to 100 times its own body weight.