Mount Ruapehu in New Zealand could be set to erupt 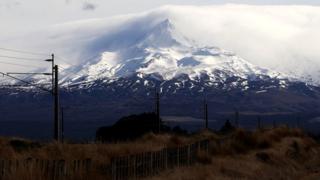 Getty Images
Its easy to see why the mountain is so popular with hikers.

New Zealand has told hikers, climbers and Hobbits to stay away from the top of Mount Ruapehu.

The mountain is part of the landscape featured in the The Lord of The Rings film series.

Now volcano monitors have raised the alert for the mountain to "moderate" after the peak started showing "more signs of life". 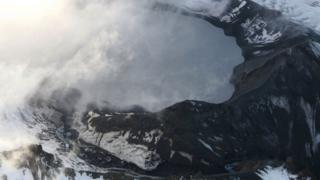 The temperature of the lake in the crater of the volcano has increased a lot since April this year which can be a sign an eruption is near.