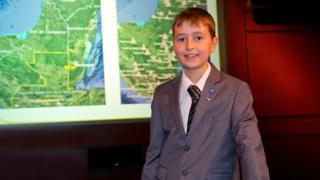 A teenage boy thinks that he has discovered an ancient city using satellite images.

William from Quebec in Canada, found that Mayan cities line up with star constellations.

After he studied his star map he realised there was a city missing from one of the constellations.

He used satellite images and Google earth to find where the city should be located.

A scientist from the Canadian Space Agency has said that the area was difficult to study because of the amount of thick plant life in the area. 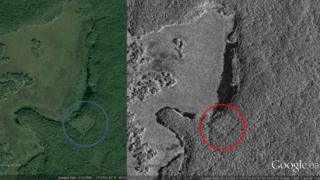 However squares and other shapes which do not occur naturally can be seen on the images.

This means that there is a good chance that there could be buildings under the vegetation.

It will take exploration of the area by archaeologists before the discovery can be confirmed. 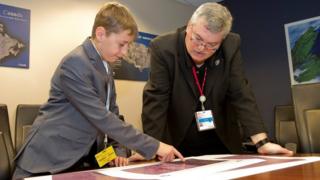 ASC/CSA
William talking through his discovery with a Scientist from the Canadian Space Agency.

William will present his findings to the world's scientists at Brazil's international science fair in 2017.

It just goes to show that not all discoveries are made by expert scientists!