Meet the Brad Pitt wasp, but he's not a movie star 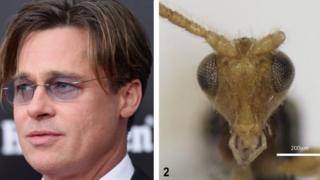 Brad Pitt has joined the likes of Sir David Attenborough by having an insect named after him, meet Conobregma bradpitti.

A team of scientists discovered the new type of wasp in South Africa.

When a new insect or animal is discovered, the team who found it can name it.

Usually scientists name it after themselves or another scientist, this time they chose a Hollywood actor.

One of the scientific team spent many hours working in her lab under a poster of her favourite actor, Brad Pitt, so decided to name the wasp after him.

Brad Pitt has appeared in a lot of films and even played characters in animated films, including Megamind and Happy Feet 2. 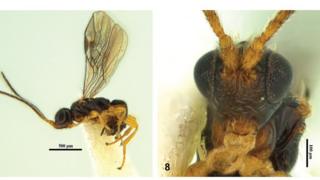 Brad's wasp is very small, measuring only 2 millimetres in length and breeds by putting its eggs into other insects such as moths.

We're sure he will be pleased with his new wasp namesake!