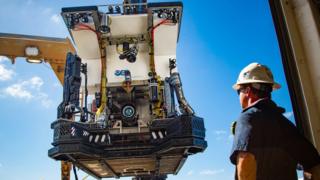 NOAA Office of Ocean Exploration and Research
The Deep Discoverer has been diving daily, sometimes to depths of 6,000 metres

Scientists are exploring the deepest place on Earth - and streaming live video from there.

Parts of the Mariana Trench in the Pacific Ocean are up to 11 kilometres deep, so we know little about what sea life there is. 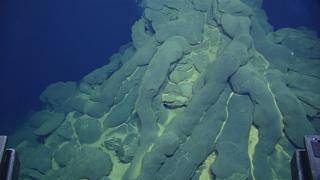 NOAA Office of Ocean Exploration and Research
This is known as pillow lava. This forms when a certain type of lava erupts underwater. Cold sea water then cools the lava quickly creating these black tubes

So a team has been sending down a robotic submarine called Deep Discoverer with a camera on it.

Science fans or anyone who is just curious can check out what the camera is showing online. 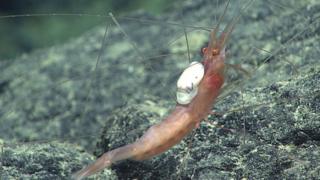 The three-month expedition is looking for things like fish, mud volcanoes and deep sea coral.