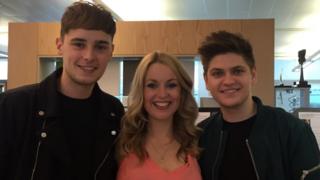 Joe and Jake 'proud' to do Eurovision

Pop duo Joe and Jake say they're "so proud" to be representing the UK at the Eurovision Song Contest.

"We can't wait to go out there and sing our song to 200 million people. No pressure at all - it's going to be amazing!"

The pair became friends when they both competed on The Voice in 2015.

They were chosen as the UK's Eurovision entry in a public vote in February.

Joe and Jake will perform their song You're Not Alone at the Eurovision final in Stockholm, Sweden, on 14 May.

Watch Hayley's interview with the band. 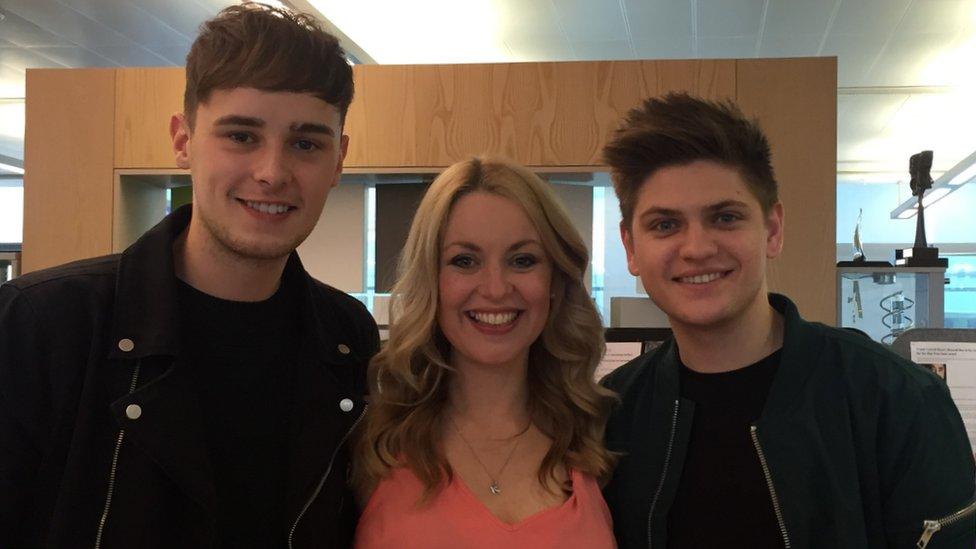 Joe and Jake 'proud' to do Eurovision