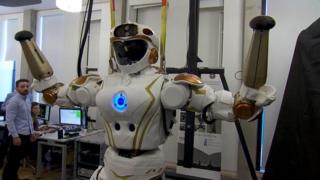 The Nasa robot trained to be like a human

Named Valkyrie, the robot is 1.8 metres tall and it weighs 125 kilograms.

The machine can currently walk on two legs and perform basic movements, but the team from Scotland's Edinburgh University wants to give it more skills.

It's hoped the new and improved robot will work alongside astronauts in space.

BBC science reporter Victoria Gill has been to meet the robot and sent Newsround this report. 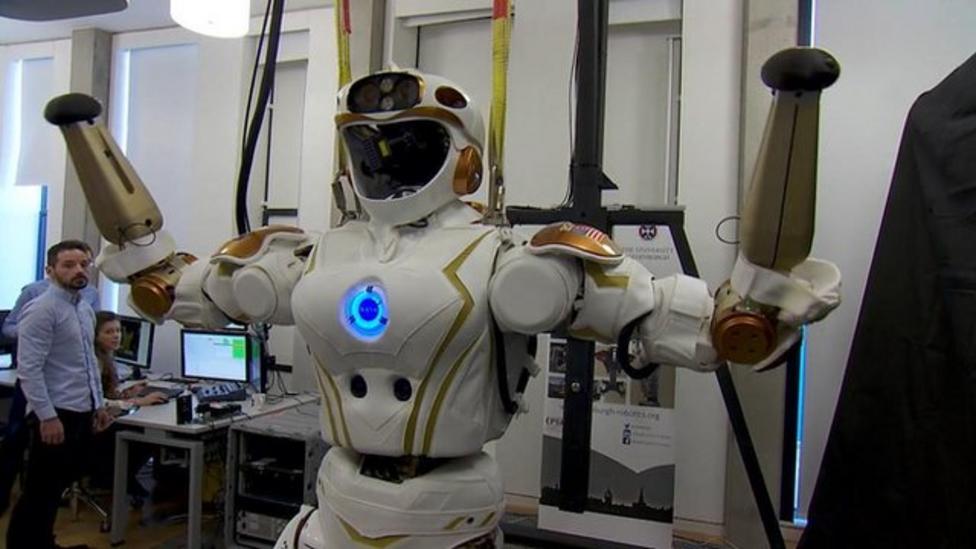 The Nasa robot trained to be like a human