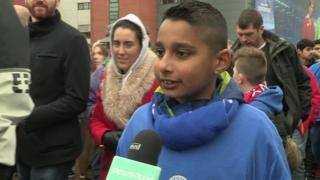 Leicester City's Premier League title celebrations are on hold after drawing with Manchester United on Sunday.

Their one-all draw at Old Trafford leaves them within two points of becoming Champions for the first time in the club's history.

The Foxes can clinch the title on Monday night if second placed Tottenham fail to beat Chelsea.

Martin spoke to some Leicester fans at Old Trafford after the match. 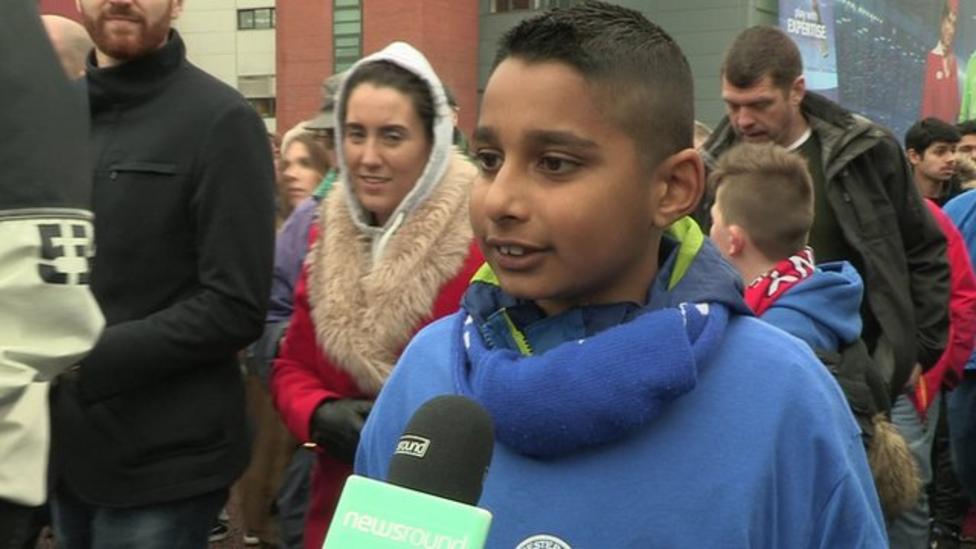