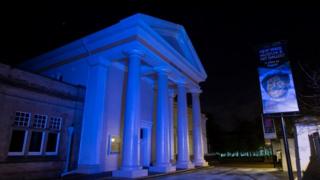 Ian Davis
New Walk Museum is one of dozens of landmarks in the city that are "turning blue" in support of the team, which started the campaign as massive outsiders for the title

Landmarks, fans and even sausages are turning blue in Leicester as its football team get closer to winning an unexpected Premier League title.

Leicester City - known as the Foxes - are just one win away from clinching the title.

But the club is seven points ahead of second placed Tottenham and needs only three points from three games to be certain of finishing top. 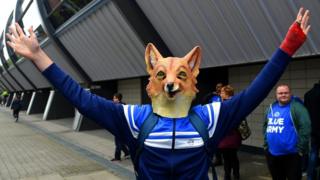 This Foxes fan shows off his mask 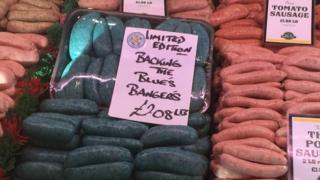 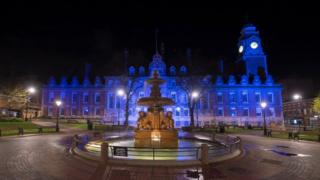 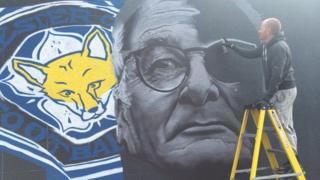 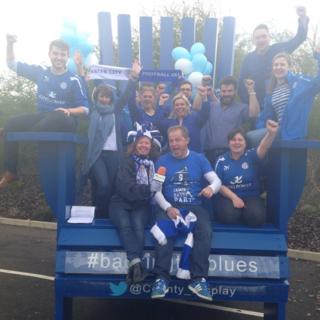 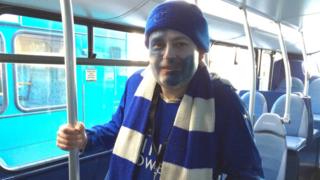 This bus driver dressed in his Leicester City colours for work

Football fans in Leicester fans prepare for a big weekend

Leicester City fans tell us why they're going to win