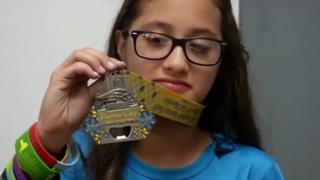 Girl runs half marathon by mistake

A 12-year-old girl has accidentally completed a half marathon after joining the wrong race.

Lee was expecting to do a 5km run in Rochester in the US state of New York.

She turned up at the start line as the half marathon runners were setting off. So she joined them, thinking she'd arrived late for her shorter race.

"About the fourth mile, I asked a woman I was running with how long it was - and she said it was about 13 miles," Lee explained.

"That's when I realised I think I was in the wrong group."

Her family became worried about where she'd gone, but a police officer on a motorcycle managed to find her.

Lee decided she wanted to finish the half marathon - about four times longer than she had trained for.

She crossed the line in an impressive two hours, 43 minutes and 31 seconds! 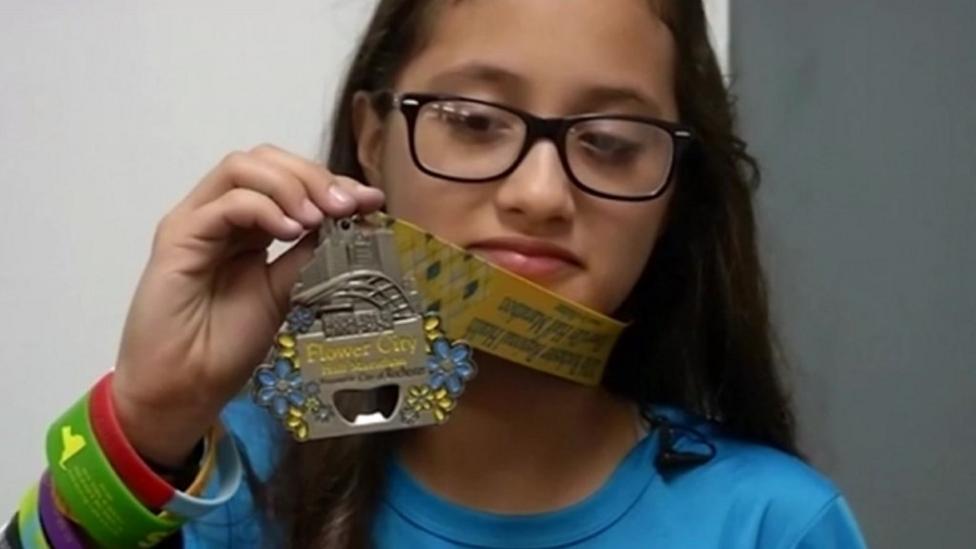 Girl runs half marathon by mistake