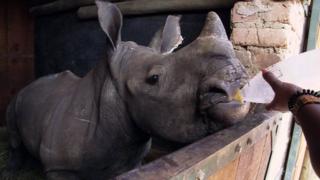 In February 2016, a baby rhino called Lofo was rushed to an animal rescue centre by helicopter.

He was badly wounded and needed specialist care from a team of vets.

Lofo's mum had been killed by poachers for her horn in Kruger National Park, one of the world's biggest animal reserves.

Rhino poaching is a huge problem there and in other parts of Africa.

The poachers also attacked the baby rhino and tried to take his horn.

Amazingly he managed to escape and was found by the Kruger team after five days of searching.

Experts at a special rhino orphanage called Care for Wild Africa have been taking care of him ever since.

'Rhino mum' Petronel Nieuwoudt, named him Lofo - because he was lost and then found. 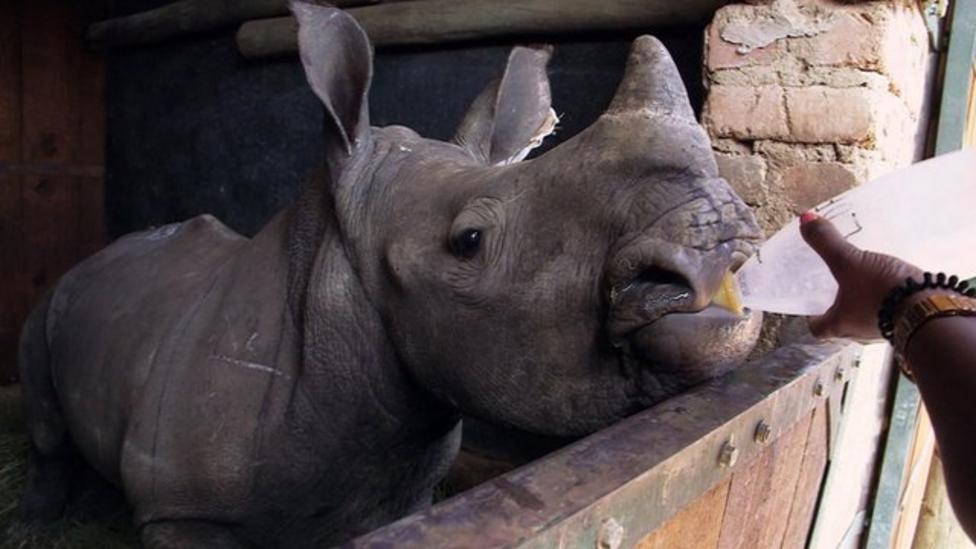