Imagine a city left deserted for thirty years. That's what happened to Chernobyl, in the Eastern European country of Ukraine, after a nuclear disaster.

In 1986 a safety test at a nuclear power plant there went wrong and there was an explosion followed by fires. Many people were killed.

The accident left the area unsuitable to live in because of the radiation that leaked into the nearby area.

Radiation is impossible to touch, see or smell, but is very harmful. The area around the plant was evacuated and an no-go zone was put into place, so that no-one could come within 30 kilometres of the plant. 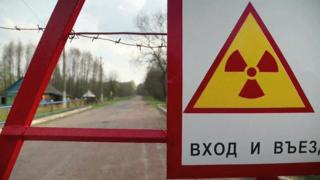 BBC News
A sign warns people not to enter the exclusion zone around Chernobyl.

Now, 30 years on, scientists have been allowed to spend a week inside the exclusion zone taking pictures.

Using virtual reality technology, everyone can take look around the area around the Chernobyl nuclear power plant and meet its surprising animal residents.

Leah's been to the Museum of Science and Industry in Manchester to have a look. Watch the video for more.