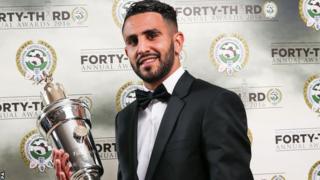 The winner of the award is decided by players across the football leagues and the Women's Super League who all have a chance to cast a vote.

This season Mahrez has helped to put his team at the top of the league, scoring 17 goals and making 11 assists in 34 games,

Mahrez and his team mates arrived at the ceremony in style when a helicopter brought them straight to the awards from their impressive 4-0 victory over Swansea City. 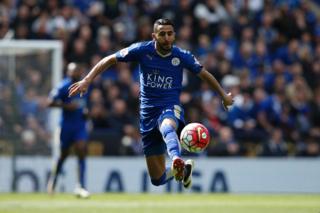 Mahrez was up against some top players, including his team mate Jamie Vardy, who set a new Premier League record scoring in 11 consecutive league matches.

Leicester and Spurs fans - send us your videos!