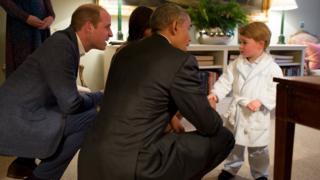 The President is on a three-day visit to the UK.

He congratulated the Queen on her 90th Birthday and went to meet Prince Harry and The Duke and Duchess of Cambridge at Kensington Palace for dinner. 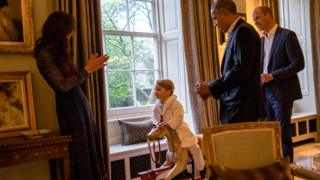 Little Prince George wanted to stay up past his bedtime to thank the president for a present he gave him when he was born.

Barack and Michelle Obama got the prince a large wooden rocking horse. 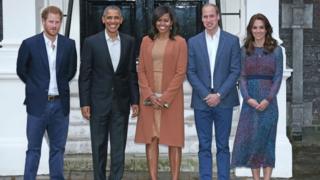