New Doctor Who companion to be revealed live 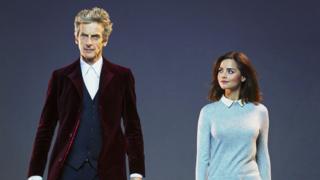 BBC/DR WHO
Who will replace Clara Oswald as The Doctor's new companion.

The Doctor's new companion will be revealed later today, during the FA Cup semi-final.

The new companion will replace actress Jenna Coleman who played Clara Oswald, to join Peter Capaldi in the new series of Doctor Who.

The special announcement will be made during half time of the FA Cup semi-final, Everton vs Manchester United, at around 18:00.

Filming for the next series of Doctor Who will start later this year, but will not air until next year.