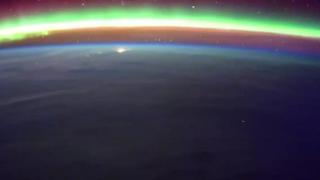 Tim Peake has shared this stunning video of his view of an aurora from the International Space Station.

The clip is a timelapse made up of photos taken once every second and sped up to be 25 times faster.

The astronaut posted: "Space Station view of an 'aurora rise' - spot the two satellites at the end?"

Auroras happen when particles from the Sun hit the Earth's atmosphere, making it glow in a greenish blue light.

An aurora rise is when you see an aurora rising above the horizon because of the way the International Space Station orbits Earth.

It's similar to a sunrise or moonrise - as with the Moon/Sun, the aurora is already there but just not visible yet.

Video from the European Space Agency 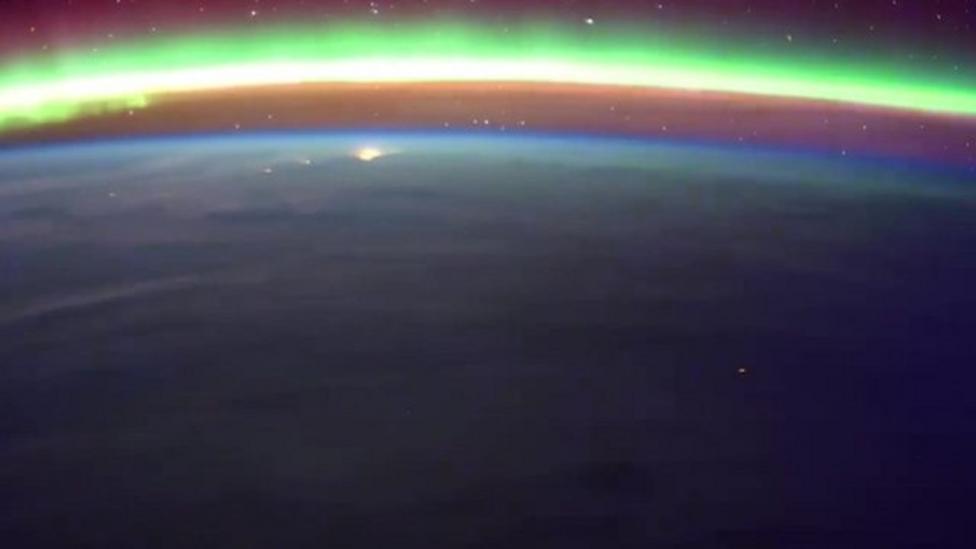