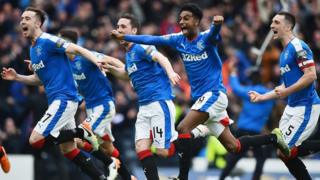 Rangers beat arch-rivals Celtic on penalties to set up a Scottish Cup final with Hibernian.

Tom Rogic, who levelled in extra-time for Celtic, missed the key spot-kick, blazing his shot high and wide.

A wonderful long-range strike from Barrie McKay had Rangers in front on 96 minutes before Rogic swept home to set up a nervous Hampden shoot-out. 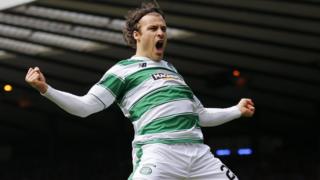 James Tavernier and Nicky Clark failed to score from the spot for Rangers, while Callum McGregor and captain Scott Brown could not hit the target for Celtic before Rogic's miss handed Rangers a 5-4 win on penalties.