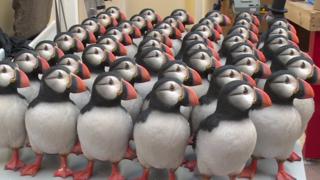 Fake puffins used to bring real ones back

Hundreds of model puffins are being used to attract the real birds back to the Isle of Man.

Life-like fake birds and a sound system playing puffin calls have been placed on cliffs on a small island off the coast to encourage the birds to breed there.

Puffins were last known to breed on the Calf of Man in the 1980s but their population has been damaged by rodents. 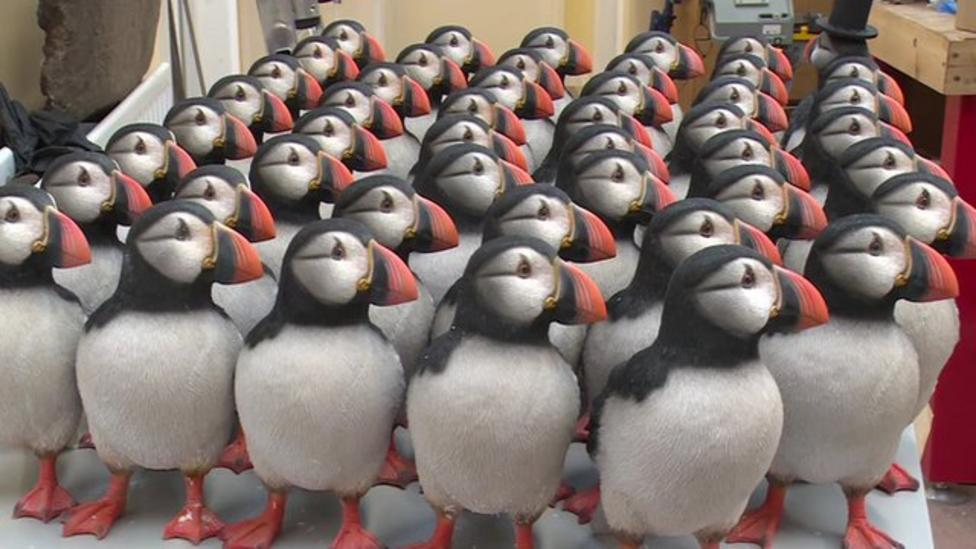 Fake puffins used to bring real ones back